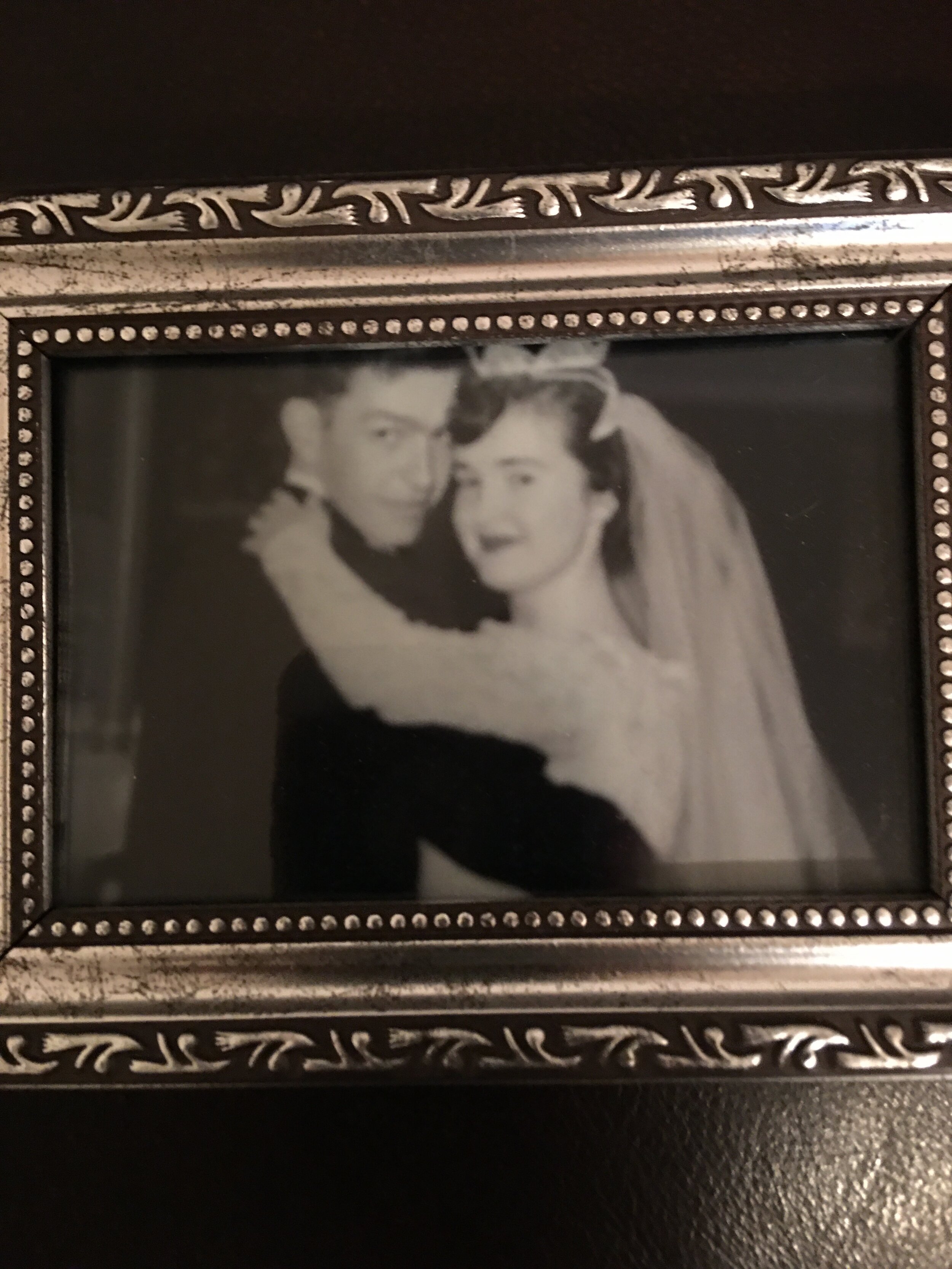 The love story of Peg and Bob Coler began in Watervliet, New York in 1956. Peg was a bridesmaid and Bob a groomsman in their mutual friends wedding. After a blissful year of dating, Peg and Bob were engaged on Valentine’s Day 1957, Peg’s 20th Birthday. Their marriage and amazing journey began on February 15, 1958, a day after Peg’s 21st Birthday, a beautiful wedding adorned with red velvet and roses. On their way to honeymoon in Washington, D.C., their trip was curtailed by a major snowstorm. They sought shelter in New York City at the Edison Hotel. It wasn’t until a “memory lane” conversation in December 2014 with her daughters that Peg revealed this part of their journey. By happenstance, the Coler girls had visited the Edison Hotel in NYC earlier that day, the day the hotel was closing permanently! Peg and Bob’s beautiful love story spanned decades, with their continued unity through life’s seasons and the blessing of five amazing children and five precious grandchildren. Sadly, Bob passed in April 1990. Peg continues to amaze all of us with her perseverance, grace and grit. She, with the spirit of Bob, embraces and models the importance of love and family everyday. Happy Valentine’s Day, Happy Birthday Peg, and Happy 63rd Anniversary Peg and Bob!!!!! Love forever, The Coler Gang

Thank you! Your submission has been received!
Oops! Something went wrong while submitting the form. Please contact us if error persists, we may already have your email on file.
Ruth and Doug
Unfailing love
Corinne and Chuck
Anthony and Barbara
Valentine's Day
A new beginning
Homecoming
Peg and Bob
Forever love
Family
Carol and John