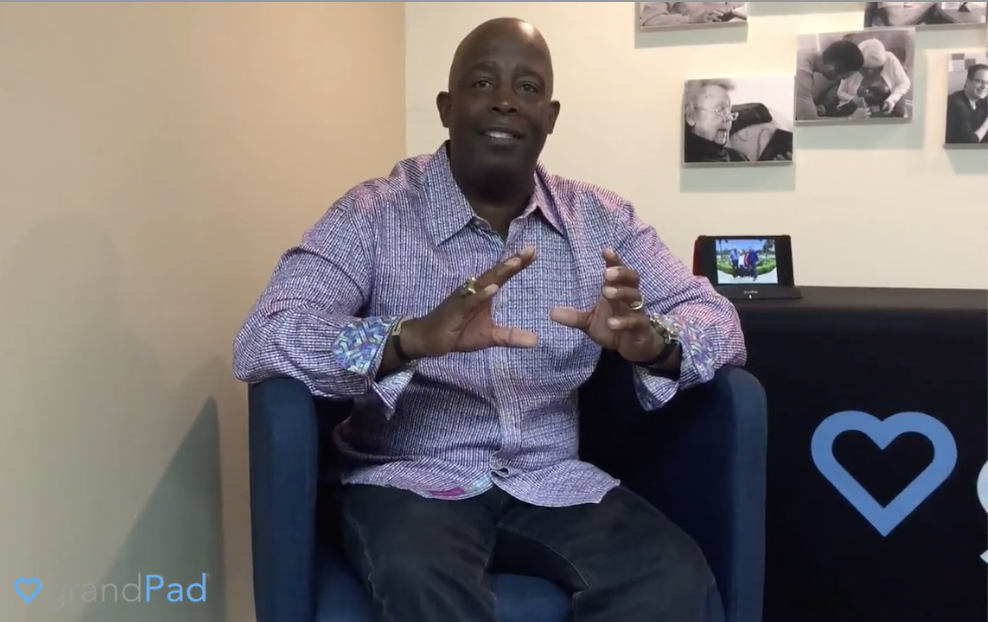 Willi tells us why he introduced his mother-in-law, Bernie, to GrandPad.

Bernie, a Minnesota native, is the Matriarch of a family with 32 grandkids and great-grandkids.

Her daughter and son-in-law, Willi, first bought her an iPad, but the interface and pre-installed apps that couldn't be removed made the process frustrating for her and her family. Finally, Willie introduced her to GrandPad.

Today, Bernie seamlessly connects to her large spread out family, video chatting, sending emails, and posting photos. She is also an enthusiastic and frequent player of GrandPad games like Solitaire and Blackjack.

"I just love my GrandPad. This is the nicest thing I have ever had. It is just wonderful. I get to see my new great grandchild. I love being able to send emails by just talking. My fingers are kind of crippled up so I'm glad I don't have to type. I would much rather talk anyway. I bet I have at least 10 or 12 new photos. I take this to coffee on Monday mornings and show off the pictures. Next week I'll sure be able to share my great grandchild's pictures.” - Bernie, GrandPad member.

Thank you! Your submission has been received!
Oops! Something went wrong while submitting the form. Please contact us if error persists, we may already have your email on file.
Margaret
Paul "Gawkie"
Clarabelle
Joan
Willi
Techsilver 2021